​Archaeological discoveries continue to support the Bible's historical accuracy. We tend to forget that the Gospels and book of Acts are eyewitness accounts of the life and death of Jesus. Further nonbiblical evidence for Jesus' existence comes from the writings of Flavius Josephus, Cornelius Tacitus, Lucian of Samosata, and the Jewish Sanhedrin. The following seven proofs of the resurrection show that Christ did, indeed, rise from the dead

Proof of the Resurrection #1: The Empty Tomb of Jesus

The empty tomb may be the strongest proof Jesus Christ rose from the dead. Two major theories have been advanced by unbelievers: someone stole Jesus' body or the women and disciples went to the wrong tomb. The Jews and Romans had no motive to steal the body. Christ's apostles were too cowardly and would have had to overcome the Roman guards. The women who found the tomb empty had earlier watched Jesus being laid away; they knew where the correct tomb was. Even if they had gone to the wrong tomb, the Sanhedrin could have produced the body from the right tomb to stop the resurrection stories. Jesus' burial cloths were left neatly folded inside, hardly the act of hurrying grave robbers. Angels said Jesus had risen from the dead.

Proof of the Resurrection #2: The Holy Women Eyewitnesses

The holy women eyewitnesses are further proof that the Gospels are accurate historical records. If the accounts had been made up, no ancient author would have used women for witnesses to Christ's resurrection. Women were second-class citizens in Bible times; their testimony was not even allowed in court. Yet the Bible says the risen Christ first appeared to Mary Magdalene and other holy women. Even the apostles did not believe Mary when she told them the tomb was empty. Jesus, who always had special respect for these women, honored them as the first eyewitnesses to his resurrection. The male Gospel writers had no choice but to report this embarrassing act of God's favor because that was how it happened.

After the crucifixion, Jesus' apostles hid behind locked doors, terrified they would be executed next. But something changed them from cowards to bold preachers. Anyone who understands human character knows people do not change that much without some major influence. That influence was seeing their Master, bodily risen from the dead. Christ appeared to them in the locked room, on the shore of the Sea of Galilee, and on the Mount of Olives. After seeing Jesus alive, Peter and the others left the locked room and preached the risen Christ, unafraid of what would happen to them. They quit hiding because they knew the truth. They finally understood that Jesus is God incarnate, who saves people from sin.

Proof of the Resurrection #4: Changed Lives of James and Others

Changed lives are yet another proof of the resurrection. James, the brother of Jesus, was openly skeptical that Jesus was the Messiah. Later James became a courageous leader of the Jerusalem church, even being stoned to death for his faith. Why? The Bible says the risen Christ appeared to him. What a shock to see your own brother, alive again, after you knew he was dead. James and the apostles were effective missionaries because people could tell these men had touched and seen the risen Christ. With such zealous eyewitnesses, the early church exploded in growth, spreading west from Jerusalem to Rome and beyond. For 2,000 years, encounters with the resurrected Jesus have changed lives.

Proof of the Resurrection #5: Large Crowd of Eyewitnesses

A large crowd of more than 500 eyewitnesses saw the risen Jesus Christ at the same time. The Apostle Paul records this event in 1 Corinthians 15:6. He states that most of these men and women were still alive when he wrote this letter, about 55 A.D. Undoubtedly they told others about this miracle. Today, psychologists say it would be impossible for a large crowd of people to have had the same hallucination at once. Smaller groups also saw the risen Christ, such as the apostles, and Cleopas and his companion. They all saw the same thing, and in the case of the apostles, they touched Jesus and watched him eat food. The hallucination theory is further debunked because after the ascension of Jesus into heaven, sightings of him stopped.

Proof of the Resurrection #6: Conversion of Paul

The conversion of Paul records the most drastically changed life in the Bible. As Saul of Tarsus, he was an aggressive persecutor of the early church. When the risen Christ appeared to Paul on the Damascus Road, Paul became Christianity's most determined missionary. He endured five floggings, three beatings, three shipwrecks, a stoning, poverty, and years of ridicule. Finally, the Roman emperor Nero had Paul beheaded because the apostle refused to deny his faith in Jesus. What could make a person willingly accept—even welcome—such hardships? Christians believe the conversion of Paul came about because he encountered Jesus Christ who had risen from the dead.

Proof of the Resurrection #7: They Died for Jesus

Countless people have died for Jesus, absolutely certain that the resurrection of Christ is a historical fact. Tradition says ten of the original apostles died as martyrs for Christ, as did the Apostle Paul. Hundreds, perhaps thousands of early Christians died in the Roman arena and in prisons for their faith. Down through the centuries, thousands more have died for Jesus because they believed the resurrection is true. Even today, people suffer persecution because they have faith that Christ rose from the dead. An isolated group may give up their lives for a cult leader, but Christian martyrs have died in many lands, for nearly 2,000 years, believing Jesus conquered death to give them eternal life. 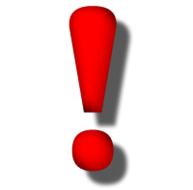 So what is the resurrection?

The resurrection is the raising or bringing back to life of Jesus Christ by God.  Jesus was crucified or killed on the cross and was buried in a tomb and God raised him from the dead,  He was not only raised but he spent another 40 days on earth and was seen by over 500. 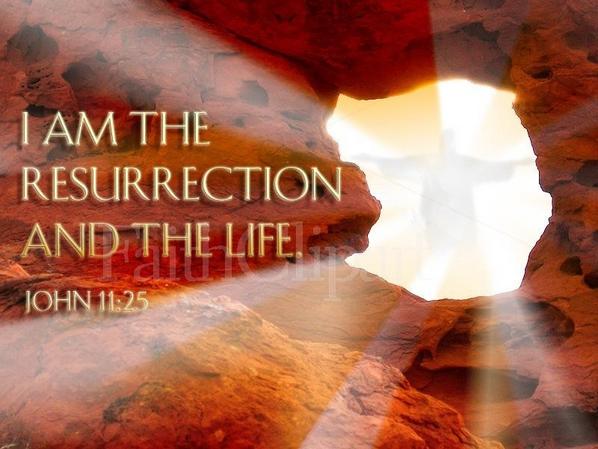 Resurrect means to restore.  Man has had the ability to resuscitate a life but never to restore a life.  Resuscitate is to make active again.  Jesus was dead and beyond resuscitation.  He had to be restored.  Only God can do that.

​5 Reasons Why the Resurrection of Jesus is Important

The resurrection of Jesus is the foundation of Christianity

There are a lot of topics that I have no interest in arguing about. There are certain biblical stories and events, while interesting and having something to say to us, that in the end will not make much difference to us. On our death bed, we will not be wondering how many Israelite soldiers were at a certain battle. The same cannot be said for the resurrection of Jesus.


Here are five reasons why we should take the resurrection seriously.

1. Jesus was the first of the resurrection

3. The resurrection clarifies the cross

What happened on the cross? Jesus’ death was the atonement so that we do not have to pay for our sins. But how do we know that? Thousands of people were executed on crosses and there was no reason to believe that anything other than a painful death was going on. The resurrection helps us to understand that the cross a much bigger event. If it was not for the resurrection, we would not know about the atonement.

4. The resurrection is our hope

As mentioned before, the resurrection was not just for Jesus but for all of God’s people. If the cross is victory over sin, the empty tomb is victory over death. What will happen to us after death? When Jesus returns, we will be resurrected. How do we know this is true? Jesus has already been raised. What kind of body will we have? One just like Jesus.

We do not have to look far to see suffering. It is in our world, in our community, in our life. Why does God allow this? Where is God when there is pain? It is at these times that we need to look at what happened to Jesus. All the questions we ask about pain could have been asked of Jesus on the cross. Jesus felt God-forsaken but he endured because the resurrection was just over the horizon. How do we endure? Same reason. We long for the resurrection, but like Jesus, we only get there through the cross. The cross and resurrection is the lens through which we must look at all suffering. 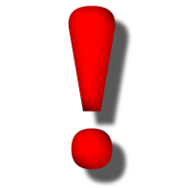 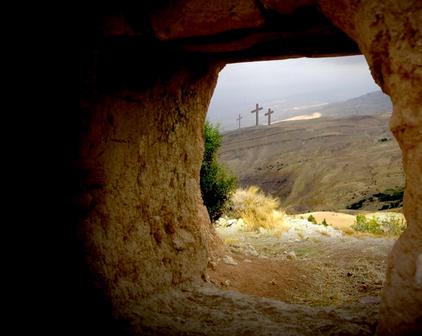 The resurrection of Jesus Christ is not only the supreme validation of His deity; it also validates the Old Testament prophecies that foretold of Jesus’ suffering and resurrection (see Acts 17:2–3). Christ’s resurrection also authenticated His own claims that He would be raised on the third day (Mark 8:31; 9:31; 10:34). If Jesus Christ is not resurrected, then we have no hope that we will be, either. In fact, apart from Christ’s resurrection, we have no Savior, no salvation, and no hope of eternal life. As Paul said, our faith would be “useless,” the gospel would be altogether powerless, and our sins would remain unforgiven (1 Corinthians 15:14–19).