The only way!!! Jesus

John 14:6-15 "6 Jesus answered, "I am the way and the truth and the life. No one comes to the Father except through me. 7 If you really know me, you will know my Father as well. From now on, you do know him and have seen him." 8 Philip said, "LORD, show us the Father and that will be enough for us." 9 Jesus answered: "Don't you know me, Philip, even after I have been among you such a long time? Anyone who has seen me has seen the Father. How can you say, 'Show us the Father'? 10 Don't you believe that I am in the Father, and that the Father is in me? The words I say to you I do not speak on my own authority. Rather, it is the Father, living in me, who is doing his work. 11 Believe me when I say that I am in the Father and the Father is in me; or at least believe on the evidence of the works themselves. 12 Very truly I tell you, whoever believes in me will do the works I have been doing, and they will do even greater things than these, because I am going to the Father. 13 And I will do whatever you ask in my name, so that the Father may be glorified in the Son. 14 You may ask me for anything in my name, and I will do it. 15 "If you love me, keep my commands. 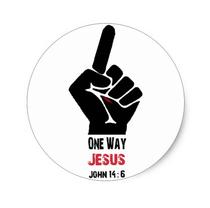 ​This is an age-old question for many over the last 2000 years.  Numerous religions and non-religion.  Most religions believe that they have a pathway to God, and it normally calls for some work that a person has to do.  Unfortunately, there is no work that a person can do to work their way to heaven.

God through his love and grace has allowed for us to have the opportunity to be saved.

John 3:16-17  16"For God so loved the world that he gave his only begotten son, that whosover believe in him shall not perish but have everlasting life. 17 For God sent not Son into the world to condemn the world but that the world through him might be saved.

So why is there no one else on the earth that can save us?

Many say that there is a combination of things a person can do or belief to be saved.  However the bible clearly tells us the following:

Acts 2:12 " Neither is there salvation in any other name under heaven given among men, whereby we must be saved."

So what is the pathway?

John 14:6 Jesus answered, "I am the way and the truth and the life. No one comes to the Father except through me.

I hear this but how do I know that the bible is true in its sayings?

II Timothy 3:16 All Scripture is breathed out by God and profitable for teaching, for reproof, for correction, and for training in righteousness.

John 5:19-29 19 So Jesus said to them, “Truly, truly, I say to you, the Son can do nothing of his own accord, but only what he sees the Father doing. For whatever the Father does, that the Son does likewise. 20 For the Father loves the Son and shows him all that he himself is doing. And greater works than these will he show him, so that you may marvel. 21 For as the Father raises the dead and gives them life, so also the Son gives life to whom he will. 22 For the Father judges no one, but has given all judgment to the Son, 23 that all may honor the Son, just as they honor the Father. Whoever does not honor the Son does not honor the Father who sent him. 24 Truly, truly, I say to you, whoever hears my word and believes him who sent me has eternal life. He does not come into judgment, but has passed from death to life.

25 “Truly, truly, I say to you, an hour is coming, and is now here, when the dead will hear the voice of the Son of God, and those who hear will live. 26 For as the Father has life in himself, so he has granted the Son also to have life in himself. 27 And he has given him authority to execute judgment, because he is the Son of Man. 28 Do not marvel at this, for an hour is coming when all who are in the tombs will hear his voice 29 and come out, those who have done good to the resurrection of life, and those who have done evil to the resurrection of judgment.

Is Jesus the only way to God? 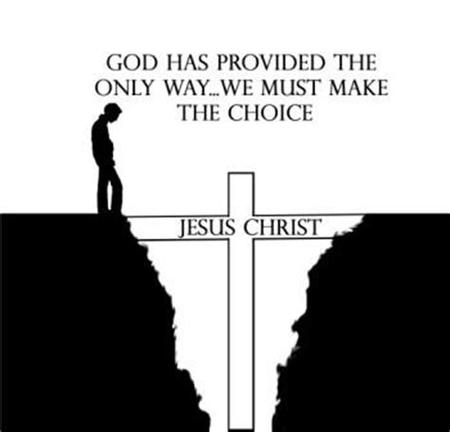